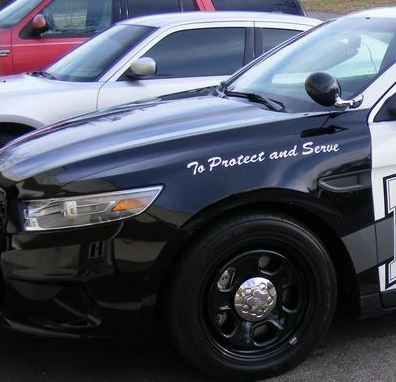 Last week, I published a poll asking if law enforcement was responsible for protecting you from another citizen. The results can be found here.

I’m sure we can all relate to the side picture of the police vehicle. The words on the front quarter panel ring familiarly in our minds, “ To Protect and Serve.” This phrase has given many a sense of security, in that, they are protected by professionally trained and, generally, well intentioned law enforcement officers. We are lead to believe by some policy makers, that we can call 9-1-1 and law enforcement will show up to protect us. Or, that we don’t need firearms for personal protection because we can just call 9-1-1 from our cell phones. This is all fine and dandy, except for the fact that law enforcement is not constitutionally bound to protect you or me. This is called the public duty doctrine.

The public duty doctrine basically states that the government and those acting in its behalf, do not owe any legal duty to protect an individual citizen, but rather, the public as a whole.[1] This is a duty to all, and yet at the same time, a duty to none. So what does this mean for us? Basically, this means that legally law enforcement does not have to provide adequate services to us.

Criminologist, Don Kates Jr. explains, even if law enforcement were obligated to protect us, it’s a numbers game and there aren’t enough law enforcement officers to make that happen.[2] At any given time, there are only so many officers on duty. This holds true even as it is now and means there has to be a priority system for emergency services. Usually the first person to receive an emergency call is the 9-1-1 dispatcher. This individual has to make a judgment based off the information provided by the caller, then dispatch an officer(s). If the dispatcher doesn’t believe you are in immediate danger, you’re going to be assigned a lower priority code and by the time help arrives, it may be too late. Which was the one of the blunders that lead to Warren v District of Columbia.

In 1975, after hearing screams coming from the downstairs of the shared townhouse, Carolyn Warren called emergency services believing that she and her roommates were being burglarized. They were assigned a lower priority code which delayed law enforcement. Once officers did show up, they left after [about] five minutes when knocks at the door went unanswered. This resulted in the three roommates being “held captive for fourteen hours being raped, beaten and forced to perform sexual acts on each other.”[3]

If you’re wondering, despite the mistakes, it was found by the Supreme Court that the three women had no constitutional right to protection from law enforcement.

Another issue related to dispatching is that calls can be “dropped.” Which is dispatcher jargon for calls going unanswered or put on hold for so long and the caller hangs up, among other things. Recently in Memphis, a family’s 9-1-1 call was dropped 4 times and resulted in a medical related death. Dispatchers are also covered under the duty to protect doctrine, even if officers are dispatched to the wrong address, as was the case for Fried v. Archer.[4]

However, there are always exceptions to the rules. When it comes to the public duty doctrine, there are two exceptions. The exceptions are state created danger and special relationships.

The state created danger exception means that an officer can not leave an individual in a more dangerous state than which the individual was found. This can be by either creating a higher hazard level or creating a hazard that was not originally there. The idea is that if the individual was safer prior to the states action, then the state is held accountable for that person’s protection. For example, Munger v. City of Glasgow Police Dept.

Lance Munger was ejected from a bar by police officers for being belligerent with other customers. Munger was noticeably intoxicated and only wearing a shirt and jeans in subfreezing temperatures. Munger’s vehicle was parked a few blocks from the bar but once forced to leave, the officers told him not to drive. The next morning Munger was found to have succumbed to hypothermia.[5]

In Lance Munger’s case, he was placed in more danger after his interaction with the officers than before because he was denied access to his vehicle and the bar (where his jacket was), then left to deal with subfreezing temperatures. Another case of state created danger is Wood v. Ostrander.

By forcing Linda Wood out of the vehicle with no alternative means of transportation and no visibly open stores in a known high crime area, Linda was forced into a more hazardous situation than prior to the police interaction.[7] In both cases qualified immunity was not granted.

Jessica Gonzales and her husband, Simon Gonzales, filed for divorce. Due to prior abuses against Jessica and their children, a restraining order was issued against Simon in conjunction with the divorce proceedings.[9] The restraining order was amended to allow Simon rights to visit with his children, if certain stipulations were met between the two parents. The restraining order had special instructions for law enforcement that read that they “shall arrest” if there is reason to believe the restraining order has been broken or issue a warrant for the arrest if an arrest was “impractical” at the time.[10] On June 22, 1999, Simon picked up his three children without meeting the stipulations and without notifying Jessica. Jessica attempted to have the retraining order enforced several times for the next 10 hours, to no avail. At approx 3:30 am Simon walked into the police station and opened fire on officers, in which the officers fired back killing Simon. When the officers inspected his vehicle, they found the corpses of his three children who Simon had murdered.[11]

It’s safe to assume that a restraining order creates a special relationship between law enforcement and the individual(s), right? Wrong. The Supreme Court ruled that the mandatory language in the restraining order (shall) was not to be taken as literally and that law enforcement must be allowed discretion when dealing with these matters.[12] Ultimately, the state was not held liable for the failing to protect the individuals.

This doesn’t mean that law enforcement doesn’t want to protect us or generally aspire to. When evaluating the public duty doctrine, we have to look at it in a different perspective. Our law enforcement agencies don’t have the resources to protect all of us, all of the time. Also, if they were required to, think about the amount of abuse that would occur. Even now individuals contact emergency services for ridiculous reasons, like these. Let’s imagine that law enforcement did have a duty to protect everyone. This would mean that anyone who called for an escort to their car at night or felt scared would be entitled to police protection. And, those individuals who were injured before law enforcement was able to intervene, would be entitled to monitory compensation even if the officers were preoccupied with other emergencies. Basically, this would expose law enforcement departments and courts to a limitless liability.

So what does this mean for us?

Well, we all need to take a page out of Sheriff David Clark’s book, “You have a duty to protect yourself and your family.”[14] And with this, I must wholeheartedly agree. It’s time for us to get to the reality of the situation, no one has more to lose when it comes to our safety than we do. We simply can not afford to rely on anyone else for our safety. However, we need to take responsibility for ensuring we are educated and trained on exactly how to do that. We can not simply buy a gun for our night stand, nor can we only go to self defense classes. We need to have a full understanding of our rights, local and federal laws and be properly trained with our choice of defense.

This post is intended to bring attention to our own responsibility. Most of us take responsibility in many other aspects of our lives, such as, work and finances. Why would we neglect the responsibility that allows for our very existence? Our safety.

I’ll leave you with a quote from James Yeager that I find quite fitting and accurate, “You’re responsibility to prepare for the fight never ends.”

One thought on “Public Safety: Whose Job Is It Anyway?”

What do you think? Cancel reply